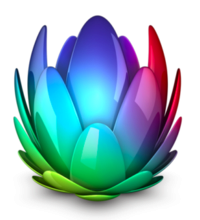 T-Mobile Austria has agreed to acquire cable operator UPC Austria from Liberty Global for an enterprise value of EUR 1.9 billion. The transaction will create an integrated quad-play provider for broadband, mobile and fixed communications, TV and entertainment products. With this acquisition, Deutsche Telekom is taking another major step to realise its strategy to become a fully converged operator within its European footprint, following recent deals also in the Netherlands and Poland.

The enlarged company will have approximately 6.7 million RGUs, based on Q3 results, of which some 5.2 million T-Mobile Austria mobile customers. UPC Austria covers 36 percent of households in Austria, mostly in urban areas. With a total of 1.5 million RGUs, UPC is the second provider in the Austrian broadband market with more than 0.5 million customers and number one in the premium TV market with a customer base of some 0.4 million. The combined revenue of both companies in 2017 is expected at EUR 1.2 billion based on pro-forma calculations.

Liberty Global said the enlarged group will be better positioned to compete with incumbent A1. The third mobile operator in the Austrian market, 3, has also just expanded into the fixed market with the takeover of Tele2's activities.

The enterprise value for UPC Austria is EUR 1.9 billion. Adjusted for revenue and opex run rate synergies, the transaction is based on an EV/2018E EBITDA multiple of 6.8x (DT's estimate), in line with other industry transactions. UPC Austria’s 2018 EBITDA is expected to be approximately EUR 0.2 billion, DT said.

Liberty Global said the transaction has a multiple of 11x UPC Austria’s estimated 2017 adjusted segment operating cash flow. The company said it was pleased with the "premium" price achieved on one of its smaller markets and it plans to use the proceeds from the sale for debt refinancing, investment and its share buyback programme.

Liberty Global also agreed to allow T-Mobile to continue to use the UPC brand for up to three years after closing the sale. It will also provide transitional services to T-Mobile, such as IT and network support, for up to four years, charged on an as-used basis.

The transaction valuation implies a broadly equal split of cost/capex synergies between the two parties. Cost and capex savings are expected to deliver 80 percent of the synergies in areas like IT and network operations. Deutsche Telekom expects the transaction to add to group free cash flow and EPS from year one onwards. The net present value of the integration costs is estimated at EUR 0.8 billion.

The transaction, which is still subject to approval by the relevant competition authorities, is expected to close in the second half of 2018